Dad told the kids they could have whatever they wanted for Christmas. The kids said they wanted a Real Unicorn. Dad promised he would get them a Real Unicorn. It was a pinky promise, which meant that he absolutely had to do it. Then, when he realised what he had promised, he left, abandoning the rest of the family to sort out the problem without him.

Mum insists the kids must have their unicorn, even though initially she never wanted them to have it. Mum has made a knitted unicorn, but most of the family don’t like it. They say it is rubbish and it is not a Real Unicorn, and they won’t let Mum give it to the kids. Grandad says it is worse than no unicorn at all.

Big sister thinks they should go back to the kids and ask them if they really, really want a Real Unicorn for Christmas, even if it means becoming homeless, but Mum says they can’t do that because Dad made a pinky promise about the unicorn, and she doesn’t want to make the kids cross.

It’s now Christmas Eve, and Aunty wants to go and tell the kids that they won’t be able to have their Real Unicorn until the New Year, but Mum doesn’t want to do that because Dad made a pinky promise about the unicorn, and Mum doesn’t want to make the kids cross. She thinks she can knit another unicorn which would be better than the first knitted one. But Aunty points out that it took Mum two and a half years to knit the first rubbish unicorn, so she probably won’t have time to knit a better one by tomorrow.

Everyone except Granny and Grandad secretly thinks the best thing would be to go and tell the kids that it is not possible to have a Real Unicorn, but because Dad made a pinky promise, nobody will say it. They are all secretly cursing Dad for making a pinky promise and then leaving them to sort out the problem. 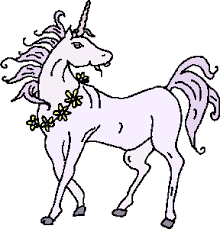